Let me be honest, when I arrived in Amsterdam I knew I was going to encounter two things; weed and prostitutes. I thought I would jump off the train and be consumed with the aroma of marijuana. I just knew that every corner I came across would be lit up with red lights. This was the city of sin and it was one of those cities that when you travel through Europe you must visit.

Let’s first establish some things. Because of the job I hold anything considered a ‘drug’ by the majority of America is off limits. Secondly, I have no interest in paid for sex. While yes, I am curious of what the red light district was, it was meant to be a quick passing through and then be done. With these two rules in mind I decided that Amsterdam, while remaining on my list, would be one of the last stops on our European tour.

Amsterdam from my current residence is a 3ish hour car ride and an easy 2 hours by train. We constantly have deals in our local grocer for discounted train tickets and one weekend decided since not much was going on, we’d take advantage and knock it off our bucket list.

What I found was that Amsterdam was NOTHING like I expected. We immediately jump off the train and head outside. Looking back to the station, I notice how breathtakingly beautiful it is. It is centered right near the canal and once you get past the bustling of people you get to see this stunning city for what it really it.

Let’s start with the first thing, the weed. Okay yes you smell it. Its not overtaking and people aren’t blowing it in your face but there were a few times we walked by a cloud of smoke or a coffee shop and I was like “well okay then”. You’re not going to catch a high from it but its there. For me it was better than the normal cloud of cigarette smoke that you are hit with throughout Europe. They are serious about their smokes.

We decided to start off with a short tour of the city to get familiar. Our bike tour guide was a very enthusiastic and fast… did I say fast, because he was crazy fast… driver who gave us a great history lesson and showed us the ins and outs of the city while almost plowing down tons of tourists along the way.

Next up on our stop was the Anne Frank House. Keep in mind that you need to get these tickets well in advance unless you want to wait a few hours while trying to get a spot, either way you still have to go online for purchasing so pre-ordering is a must. It was amazing and if you are a history buff like me, it is so worth it. Photos are not allowed inside the house, but I got a few from the history lesson provided prior. 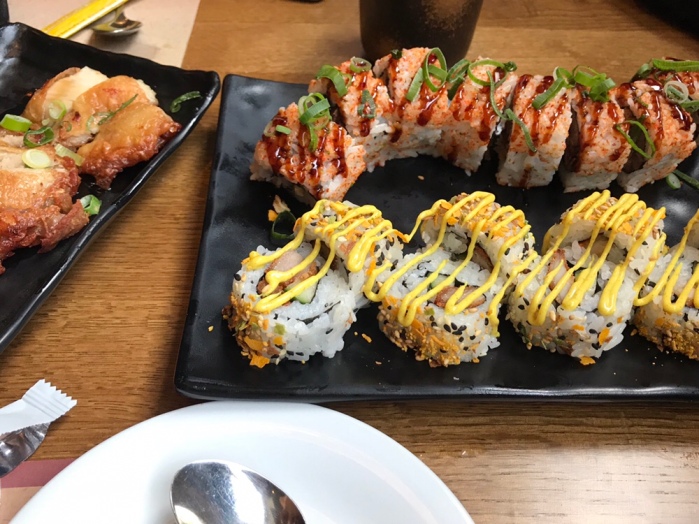 Afterwards we headed over to Sumo Sushi and Grill for, you guessed it, Sushi. It did not disappoint, and their curry tempura rocked. 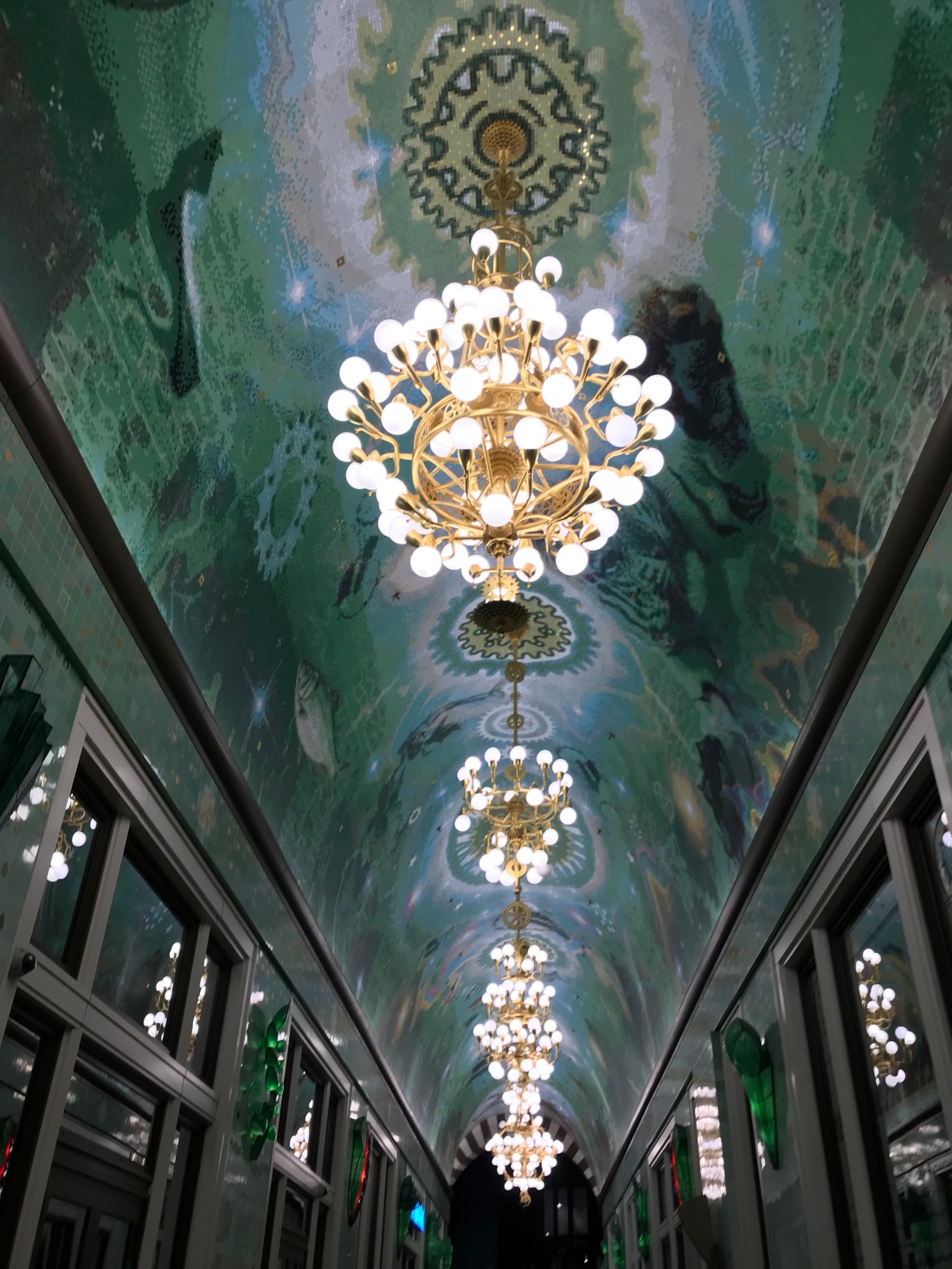 Next was a bit of sightseeing and at that point I was ready to find the infamous Red-Light District. Let’s pause here with a little story of my experience with Red Lighted areas. Upon moving to Europe, I absentmindedly believed that Amsterdam was the only place where legal prostitution existed. We arrived in the winter and one of the first things we did was head to the local Christmas market. While out (with our children) I found what I believe to be a beautifully let Christmas street. It seemed, from my vantage point, to be lit with red lights and I just knew we had found a hidden gem. We proceeded to walk down that street only to come to the first window where a lovely young lady stood sitting on her barstool topless. I quickly backed it up and escaped back to the crowded market.

So, it is safe to say I am familiar with the Red-Light areas. After our first experience we have come across many cities with their share of legal prostitution. With that being said, I still was curious what made Amsterdam’s so popular and after much much searching we found a few areas. It was what I expected and after seeing it in difference cities. It’s not everywhere but then again, we were there during the day. Maybe it’s more noticeable at night. 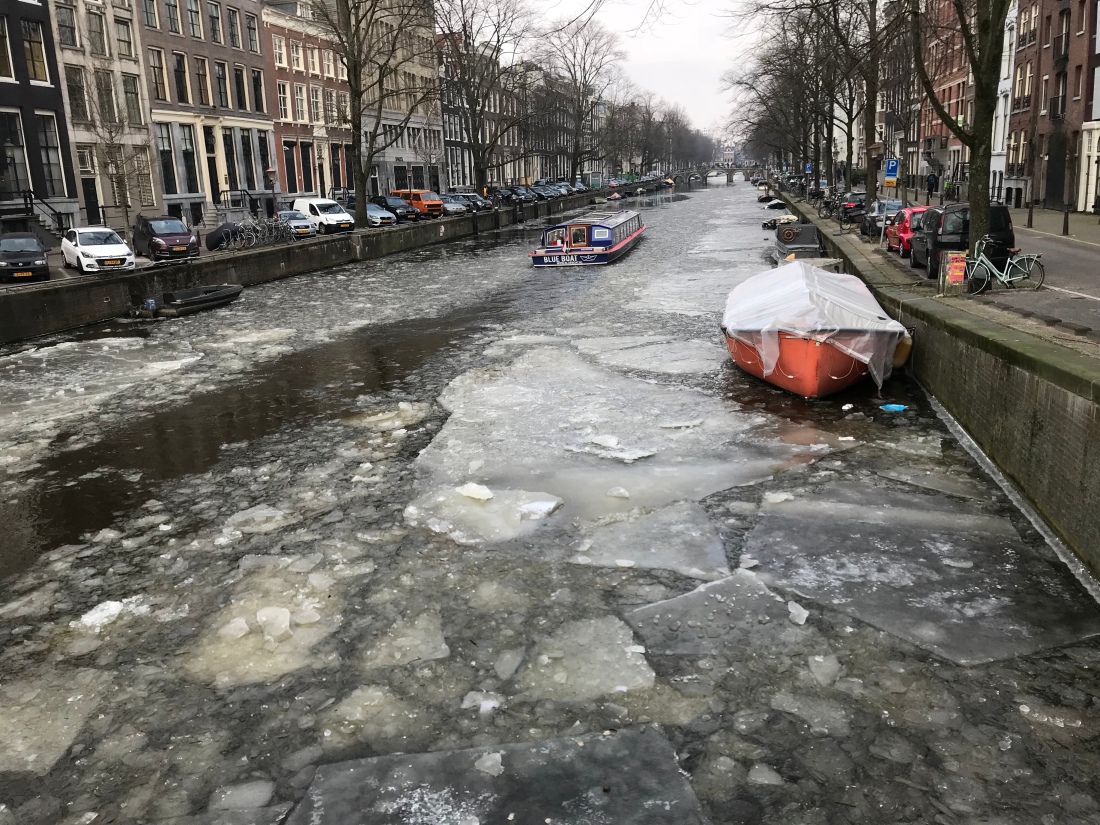 One of my favorite parts about this trip to Amsterdam was being able to Walk on Water. Okay, okay it was frozen over but I walked on a canal in Amsterdam. One of the great things about Amsterdam when its freezing cold is that the canal freezes over, and you see people out Ice Skating and walking about. There are many people, like my husband, on the outskirts looking and watching and hoping that one of those many cracks doesn’t break through and send us crazies into the freezing cold temps. It was amazing and something I will never forget.

We then went to the popular shopping area and popped into a few stores to burn some time before our next meal. 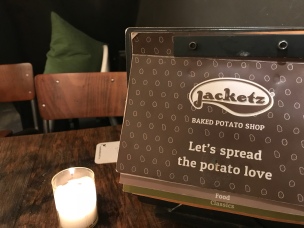 For dinner we decided to try out a popular potato bar called Jacketz. I think it’s unfair to call this place a potato bar because what they do to these potatoes is unreal, but it is what it is. And it is the best damn potato I have ever had. Paired with an amazing cider it solidified this trip for me.

I can’t wait to return to Amsterdam and explore much more of what this city has to offer.

Feel free to Share on any platform. Thanks for your support!

View all posts by withnoregretss

One thought on “No weed, no prostitutes but I walked on water.”

There was an error retrieving images from Instagram. An attempt will be remade in a few minutes.