2017 was a year of Epic Reads. As I have stated my genre of choice is Contemporary or New adult, as well as a mix of some mystery and thriller. I love a book that really pulls at my soul. I need a “put down the book and gather my thoughts” kind of moment.

This past year my reading was not limited to books published in 2017. I plan to later share the other finds that I did have but for now here are my top 12 (because who picked 10 as the lucky number) books I read in 2017, that were released in 2017… along with my review.

To find more books + reviews of mine follow me on Goodreads @ https://www.goodreads.com/beginninglove

The summary of these books have been found from each Author’s page and the link to that page has been provided. I would suggest taking a look. You can find a way to purchase, see other books and for some see a book trailer.

If you want to take a look at my personal review of the book check out my account on goodreads @ https://www.goodreads.com/beginninglove . Feel free to friend me on there and we can compare books. 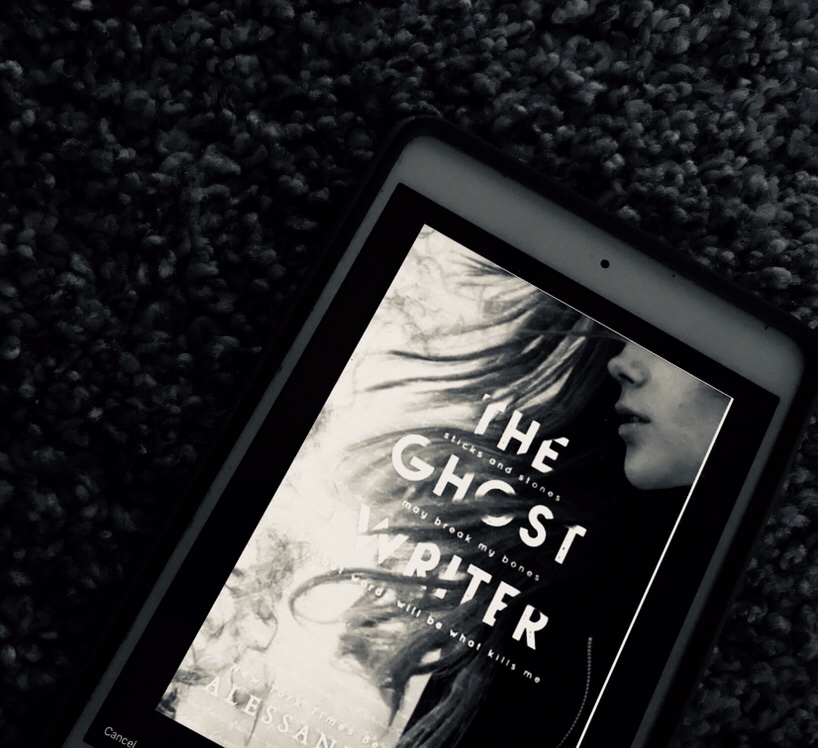 The Ghostwriter by Alessandra Torre

I have three months to write my last book. Three months to confess the details of that day, and how it changed everything for me.

My name is Helena Ross. I’ve written fifteen romance novels, ten of which have become international bestsellers. But this one isn’t a romance, no Happily Ever After in place. This novel holds only the truth, which I have run away from for four years. The truth, which I have hidden from the police, from my loved ones, from the world.

Wish You Were Here by Renee Carlino

From the bestselling author of Swear on This Life and Before We Were Strangers, a brand-new novel about a restless young waitress whose one-night stand with an enigmatic artist takes her on an unexpected, life-changing journey toward an impossible decision.

He painted our story on the side of a building. Our story.

Charlotte has spent her twenties adrift, searching for a spark to jump-start her life and give her a sense of purpose. She’s had as many jobs as she’s had bad relationships, and now she’s feeling especially lost in her less-than glamorous gig at a pie-and-fry joint in Los Angeles, where the uniforms are bad and the tips are even worse.

Until one night, when she collides—literally—with Adam, an intriguing, handsome and mysterious painter. Their serendipitous meet­­ on the street, turns into a whirlwind one-night stand that has Charlotte feeling enchanted by Adam’s spontaneity and joy for life. There’s promise in both his words and actions.

But in the harsh light of morning, Adam’s tune has changed, leaving Charlotte to wonder if her notorious bad luck with men is really just her own bad judgment

Months later, a new relationship with Seth, a charming baseball player, is turning into something more meaningful, but Charlotte’s still having trouble moving past her one enthralling night with Adam. Why? When she searches for answers, she finds the situation with Adam far more complicated than anyone could have ever imagined. Faced with the decision to write a new story with Seth, or finish the one started with Adam, Charlotte embarks on a life-altering journey, which takes her across the world and back again, bringing her a life’s worth of wisdom, pain, and joy. 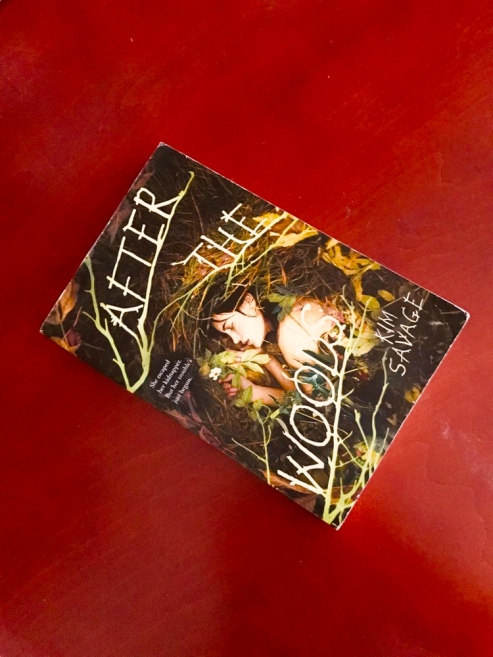 After the Woods by Kim Savage

Julia knows she beat the odds. She escaped the kidnapper who hunted her in the woods for two terrifying nights that she can’t fully remember. Now it’s one year later, and a dead girl turns up in those same woods. The terrible memories resurface, leaving Julia in a stupor at awkward moments: in front of gorgeous Kellan MacDougall, for example.

At least Julia’s not alone. Her best friend, Liv, was in the woods, too. When Julia got caught, Liv ran away. Is Liv’s guilt over leaving Julia the reason she’s starving herself? Is hooking up with Shane Cuthbert, an addict with an explosive temper, Liv’s way of punishing herself for not having Julia’s back? As the devastating truth about Liv becomes clear, Julia realizes the one person she thinks she knows best—Liv—is the person she knows least of all. And that after the woods was just the beginning. 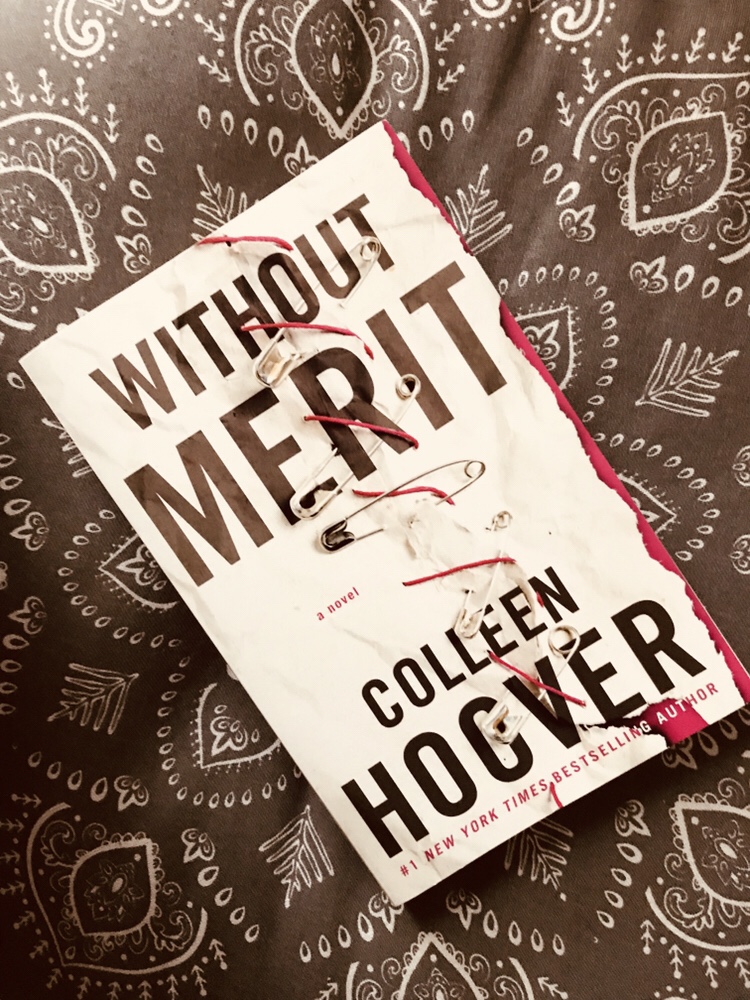 “Not every mistake deserves a consequence.
Sometimes the only thing it deserves is forgiveness.”

The Voss family is anything but normal. They live in a repurposed church, newly baptized Dollar Voss. The once cancer-stricken mother lives in the basement, the father is married to the mother’s former nurse, the little half-brother isn’t allowed to do or eat anything fun, and the eldest siblings are irritatingly perfect. Then, there’s Merit.

Merit Voss collects trophies she hasn’t earned and secrets her family forces her to keep. While browsing the local antiques shop for her next trophy, she finds Sagan. His wit and unapologetic idealism disarm and spark renewed life into her—until she discovers that he’s completely unavailable. Merit retreats deeper into herself, watching her family from the sidelines, when she learns a secret that no trophy in the world can fix.

Fed up with the lies, Merit decides to shatter the happy family illusion that she’s never been a part of before leaving them behind for good. When her escape plan fails, Merit is forced to deal with the staggering consequences of telling the truth and losing the one boy she loves.

Poignant and powerful, Without Merit explores the layers of lies that tie a family together and the power of love and truth. 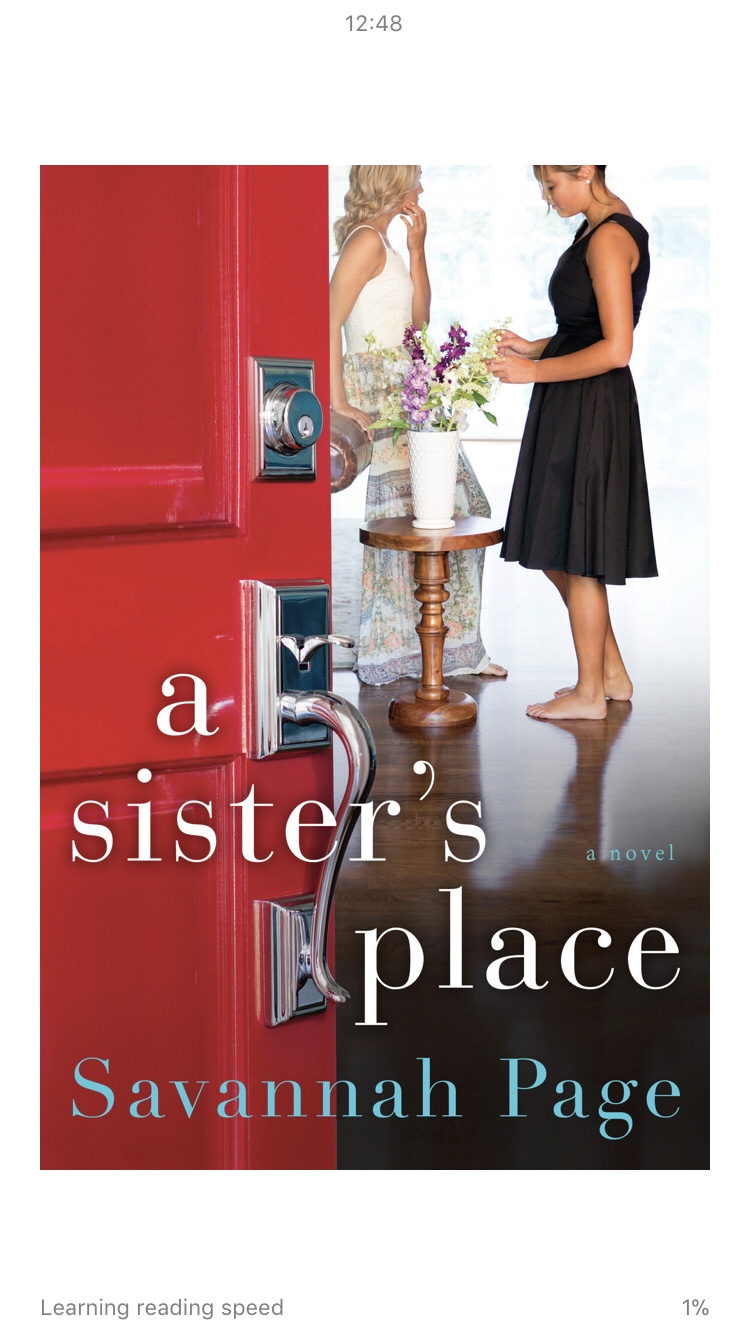 A Sister’s Place by Savannah Page

Throughout the years, sisters Gracie and Juliette Bennett have let life’s changes pull them in opposite directions. But when their beloved grandmother Mimi passes away, they’re drawn back together in the most unexpected way. Set to inherit the family home, a charming Craftsman with an overgrown garden and lush fruit trees near the beach in Santa Barbara, the estranged sisters learn there’s a catch: the house can be theirs, but only if they agree to live in it for one year—together.

Suddenly Gracie, a pragmatic paralegal who’s always stayed close to home, and Juliette, an intrepid recent NYU grad in search of the next thrill, are living under one roof. Forced to reexamine their relationship, they find themselves confronting their pasts and bonding over love, heartbreak, and deeply held secrets. Soon they’ll discover whether a sister’s love is what they need to get them through their darkest hours—and if their grandmother’s clever plan can preserve more than just a piece of family history. It just might preserve the friendship of a lifetime…and reveal the sisters and women they were always meant to be. 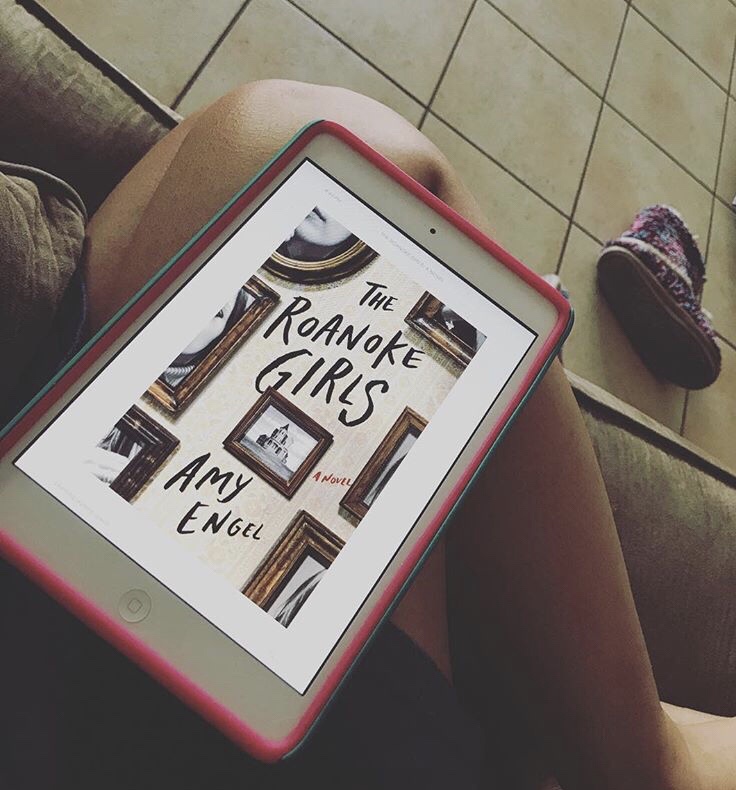 The Roanoke Girls by Amy Engel

After her mother’s suicide, fifteen year-old Lane Roanoke came to live with her grandparents and fireball cousin, Allegra, on their vast estate in rural Kansas. Lane knew little of her mother’s mysterious family, but she quickly embraced life as one of the rich and beautiful Roanoke girls. But when she discovered the dark truth at the heart of the family, she ran…fast and far away.

Eleven years later, Lane is adrift in Los Angeles when her grandfather calls to tell her Allegra has gone missing. Did she run too? Or something worse? Unable to resist his pleas, Lane returns to help search, and to ease her guilt at having left Allegra behind. Her homecoming may mean a second chance with the boyfriend whose heart she broke that long ago summer. But it also means facing the devastating secret that made her flee, one she may not be strong enough to run from again.

As it weaves between Lane’s first Roanoke summer and her return, The Roanoke Girls shocks and tantalizes, twisting its way through revelation after mesmerizing revelation, exploring the secrets families keep and the fierce and terrible love that both binds them together and rips them apart. 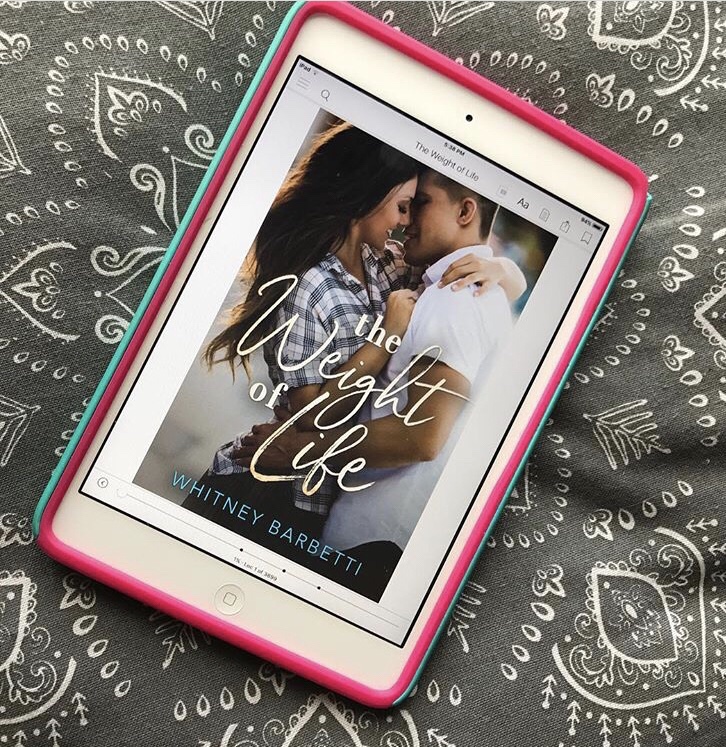 The Weight of Life by Whitney Barbetti

Mila
“Don’t let go.” Those were my first words to him, as I hung over the side of a London bridge. The words I would soon say again, in a moment that didn’t involve bridges, but something much more fragile: my heart.

He held onto me for three weeks, in a time when I needed to be held. Needed to connect to someone who understood how loss tunneled unrepentantly through the fabric of your soul.

Although he said he’d stay, we both knew he wouldn’t. I had already survived one loss—I didn’t know if I’d survive another.

Ames
She spun into my life like a tornado of smiles and chatter and everything else I’d long avoided, with a persistence that I admired, albeit begrudgingly. She broke down each neat wall I’d constructed without even trying. Her presence alone caused me to remember what it felt like to smile, to look forward to what the day would bring.

But it was only supposed to last three weeks.

I’d promised her I wouldn’t—but I would. I didn’t have a choice. 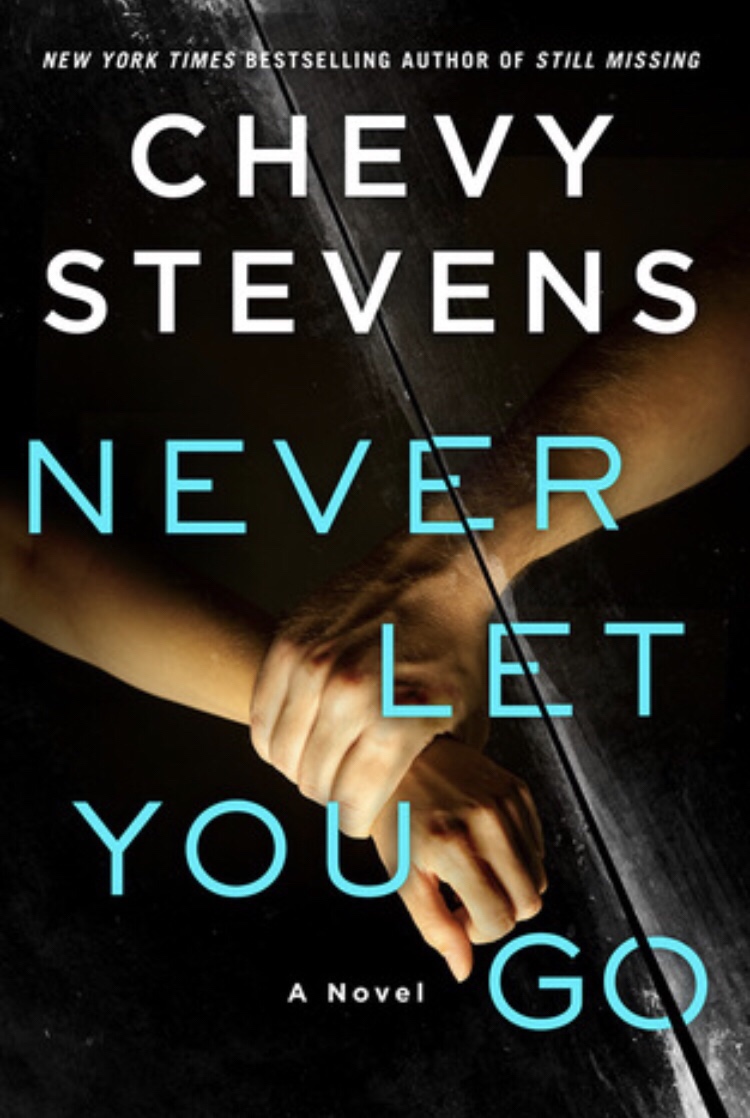 Eleven years ago, Lindsey Nash escaped into the night with her young daughter and left an abusive relationship. Her ex-husband was sent to jail and she started over with a new life. Now, Lindsey is older and wiser, with a teenage daughter who needs her more than ever. When her ex-husband is finally released, Lindsey believes she’s cut all ties. But she gets the sense that someone is watching her. Her new boyfriend is threatened. Her home is invaded, and her daughter is shadowed. Lindsey is convinced it’s her ex-husband, even though he claims he’s a different person. But can he really change? Is the one who wants her dead closer to home than she thought?

Chevy Stevens targets her readership with a novel that hits all the notes they come to expect from her—and ratchets up the stakes even more in a novel that explores the darkest heart of love and obsession. 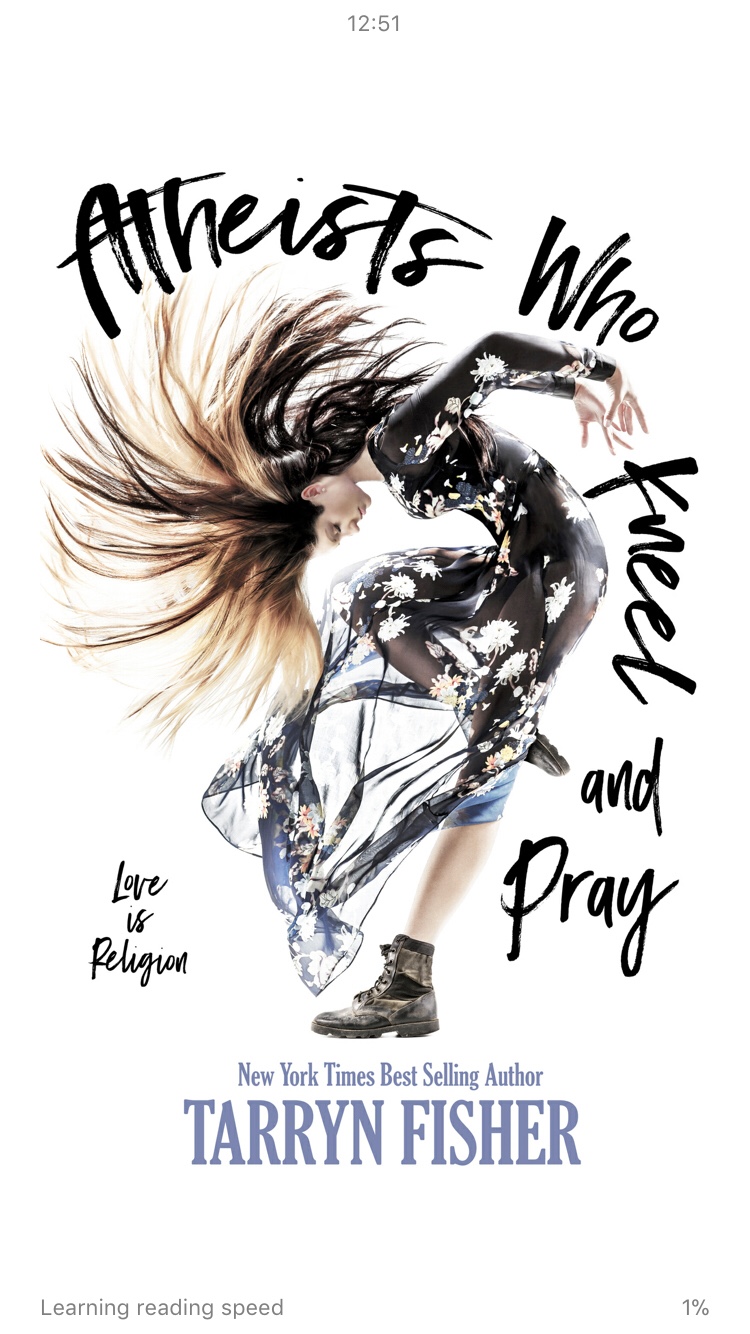 Atheists Who Kneel and Pray by Tarryn Fisher

Yara Phillips is a wandering muse.

She dates men who need her, but always moves on to something new, never staying in one place for very long.

David Lisey is in need of a muse.

A talented musician lacking lyrical inspiration. When he first sees her, he knows he’s found what he’s been looking for.

Yara believes she can give David exactly what he needs to reach his full potential:
A broken heart.

Neither is willing to surrender, but religion always requires sacrifice. 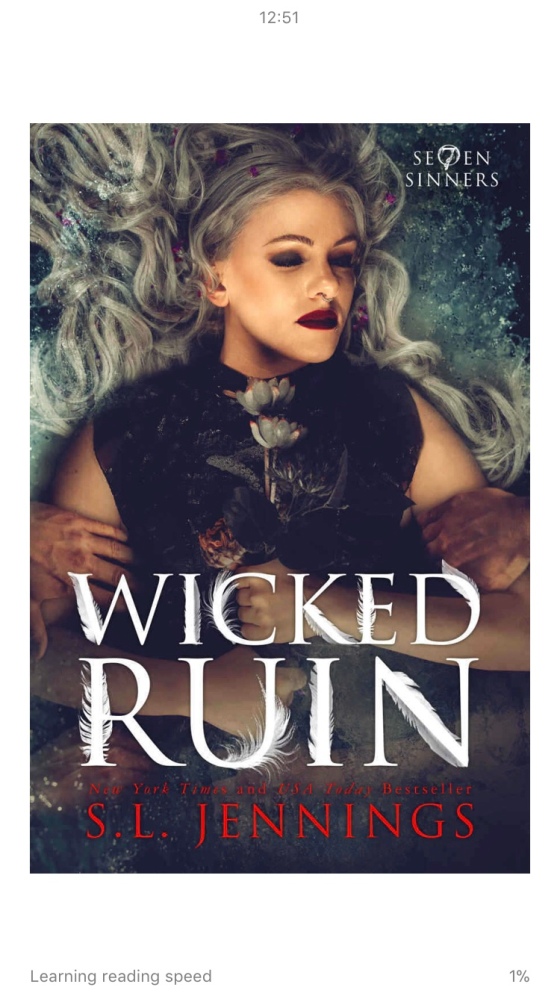 They say you’re never truly ready for Death until it’s staring you down, its cold, bony fingers outstretched and scratching against your fragile mortality.
I thought I was ready the day my own mother tried to kill me. Perhaps I was ready the moment I was born.
But as I peer into the chilling void of Death, breath shallow and heartbeat sluggish, I know that it can’t end like this. I was made for a purpose.
And that purpose is Legion.
Now that we’re fighting the battle of our lives, a war that could eliminate mankind, I see that purpose as clear as the whorls of dark ink etched in his skin.
Realms are colliding. Alliances are forming. And my heart is being torn in two.
I know the code the Se7en live by.
Kill one to save a million.
But maybe it’s not me who was meant to die.
Maybe it’s the man I thought I could save…the man who once saved me.
The man I was created to kill.

Feel free to Share on any platform. Thanks for your support!

View all posts by withnoregretss